Several months ago, Larry Giesbrecht contacted me with a request to work together with him and Martin Penner from Greenland on a project involving redrawing the historic Greenland Church building (1920-1947). Thanks to Martin’s keen memory and modern technology we were able to make plans and 3D pictures showing what the building looked like. The style of the plan is based on the historical style of a Russian draftsman recording a Mennonite house in 1798. 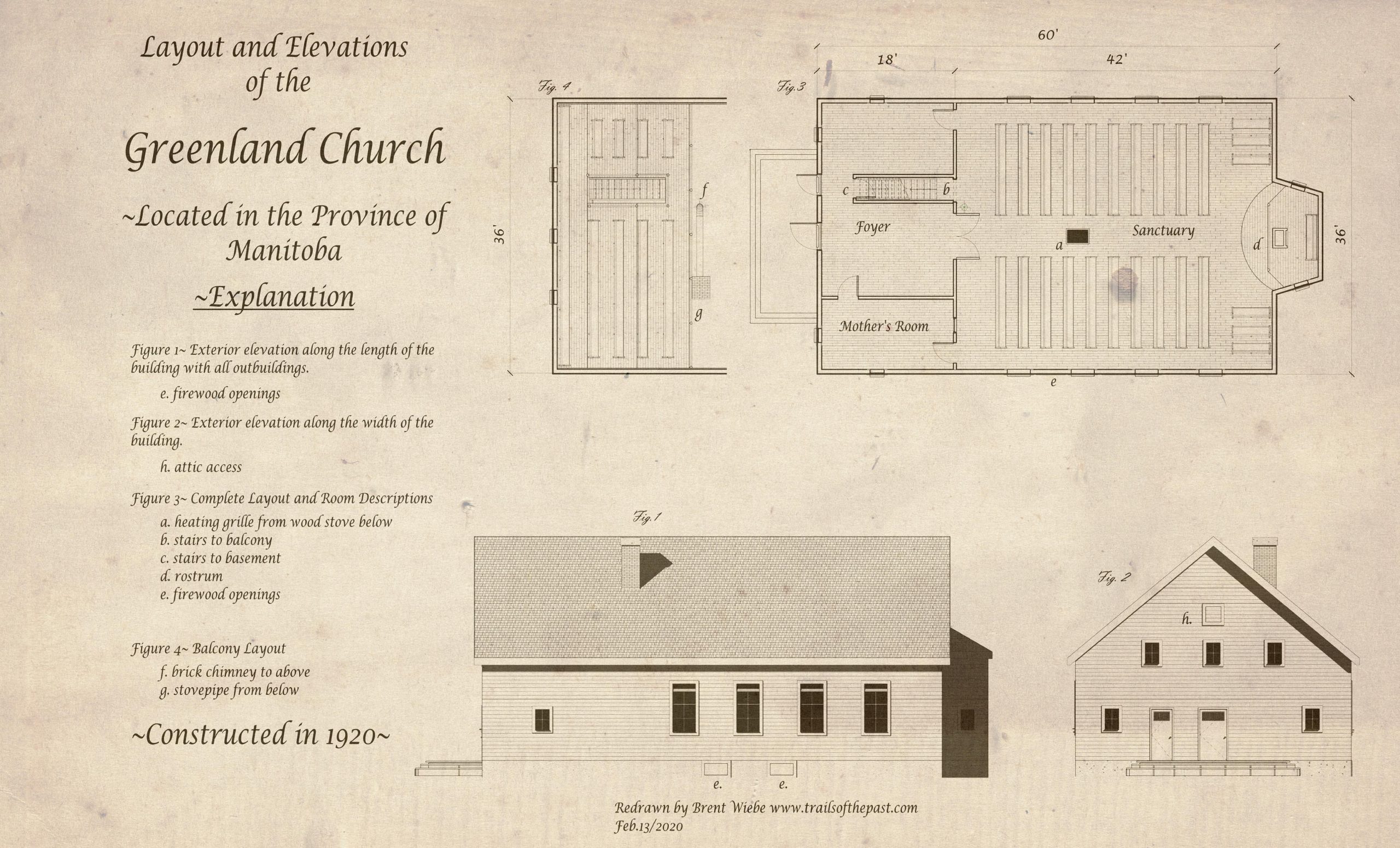 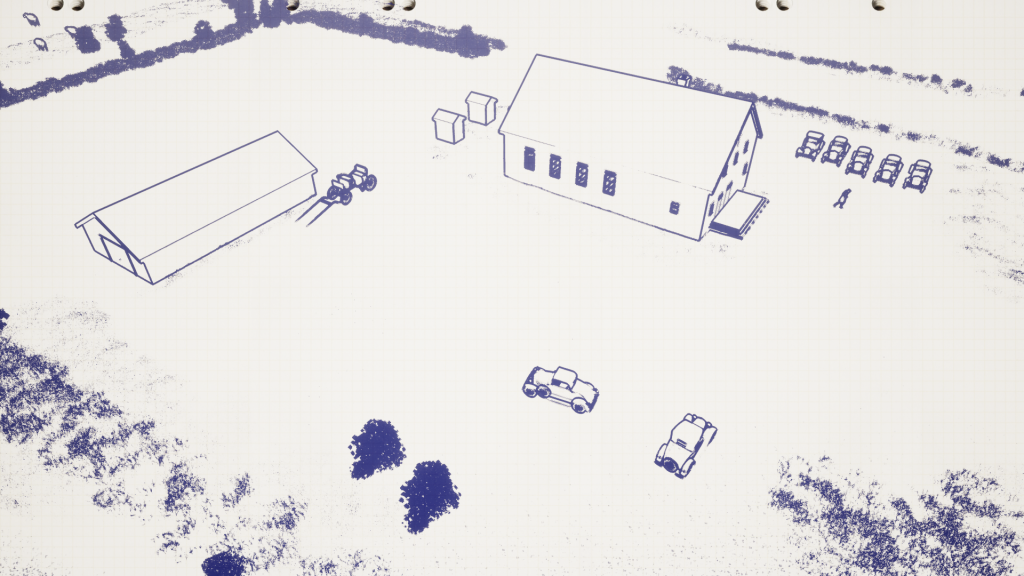 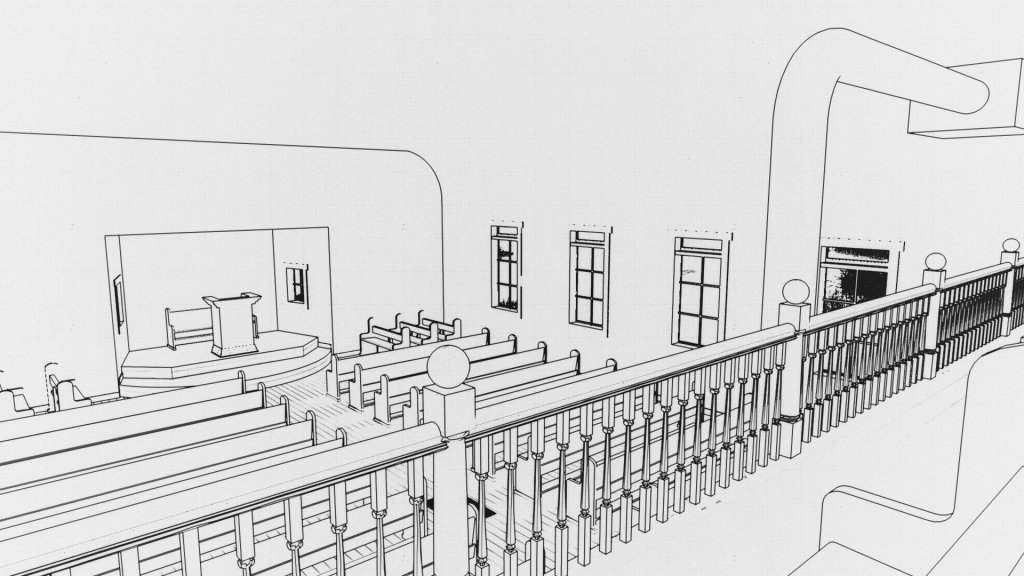 Former Kleine Gemeinde families who had become members of the new Church of God in Christ(Mennonite) after 1881 started emigrating from Blumenort and Blumenhof to isolated farms in northern Blumenort lands (sections 32,33, and the western half of 35-76E), and to the Brittestappe (Metis prairie) to the north outside of the East Reserve in 1890. They bought some five sections from the Metis and called the area Greenland because of the lush, well-watered land. A church, school, and a cheese factory were built near the centre of the community. Additional information available in Blumenort – A Mennonite Community in Transition, 1874-1982, Royden Loewen, 1983.1

Through the unrest caused by the first World War in 1917-1918, several families moved here from the United States, such as Min. Abram G. Ensz and family, Dea. John B. Toews and family, and the Isaac K Friesen and Peter E. Friesen families, as well as several unmarried young men.

By 1920 membership had increased so much that it was decided to construct a new church building, which was ready for service in December 1920. The dimensions were 36 by 60 feet. This building was constructed at the present location. In October 1921 General Conference convened here with many members from Kansas, Michigan, Ohio, and Alberta taking part.2

By 1947 the need was again felt to provide more room for our place of worship. The old church building was dismantled, and the material was used to build a larger one with the dimensions of 40 by 76 feet.3

2Histories of the Congregations, pg. 92

3Histories of the Congregations, pg. 93